Are you looking to add a future CHAMPION to your barn?

We are expecting a foal by Tadc Mac Briain and out of WHR Sugar Hill Teagan in late April, 2021.
This foal will surely be spectacular and will be a black tobiano. Please contact us to reserve the foal. $9,000 if reserved before birth. Price to go up after birth.

Tadc Mac Briain is an imported Gypsy Vanner Stallion standing 14.2H. Genetics: TT, EE, and PSSM Negative.
He throws bone, hair, beautiful conformation and a sweet head. Most of all he passes his amazing disposition and personality onto all of his offspring. Brian’s personality is loving and inquisitive – but he’s also very versatile and athletic; having achieved 4 National Championship titles, as well as several Grand and Supreme Championships. He is a GVHS GOLD MEDALLION rated stallion under saddle in both English and Western, and a High Point Driving champion. This boy is more than just a pretty face – he’s the entire package.

WHR Sugar Hill Teagan
Son of Lloyd x Maggie of Lexlin
Black Blagdon
4/13/2011
14.2
GVHS registration # GV05890
​Red/black factor- EE (Black only)
Sabino 1- nn (negative for the Sabino 1 gene)
W20W20- (two copies of W20 dominant white)
FIS- negative
PSSM1- n/P1
​
Teagan's mother, Maggie (now deceased) was chosen by Mechelle Barton at the Appleby Fair and imported shortly after. Her father is the breathtaking maximum sabino stallion Son of Lloyds. Her lines include Superior, Lloyds, Vines Bay Mare, Vick Lawrence's Stallion, Paleface, Lob, Henry Horse and many more noteworthy horses. Teagan is a sweet, smart girl with great conformation and plenty of hair!
Teagan gave birth to a spectacular filly by NatWest in May, 2016. She is adored by her loving owner Michele in Ohio. They won third place in their first ever show (for both of them) in a huge halter class of 16 horses! She is trained to ride and drive and has been very successful in the show ring. Teagan delivered a striking colt by  Silky Boy in March of 2018. He was sold within a few weeks and once weaned he moved to Texas with Lori and Kevin.  ​We are so proud to announce that SUGAR HILL DAYLIGHT DANCIN' BOWIE is the 2019 GYPSY NATIONAL CHAMPIONSHIPS GRAND CHAMPION weanling/yearling stallion. This is an amazing feat especially for a yearling! In 2020 Teagan gave birth to a beautiful black silver dapple filly, Sugar Hill The Mighty Cuinn whom we have retained. Teagan a high 4 star mare, has produced three outstanding foals- we have retained her 2020 filly. Her foals are excelling in the show ring, with one already qualified for the Gypsy World Championship Show and the other ranked 8th in both Youth Performance and Youth Halter with GVHS as well as unanimously winning (under 3 judges) her first ever driving class which was at a GVHS recognized show. ​Sugar Hill Ailish West (out of Teagan) is dominating in the breed show ring. She has been Grand Champion Gypsy Mare, six time Reserve Champion Gypsy Mare, and Green Horse WT Champion all at GVHS shows- quite a feat for a young, green mare. 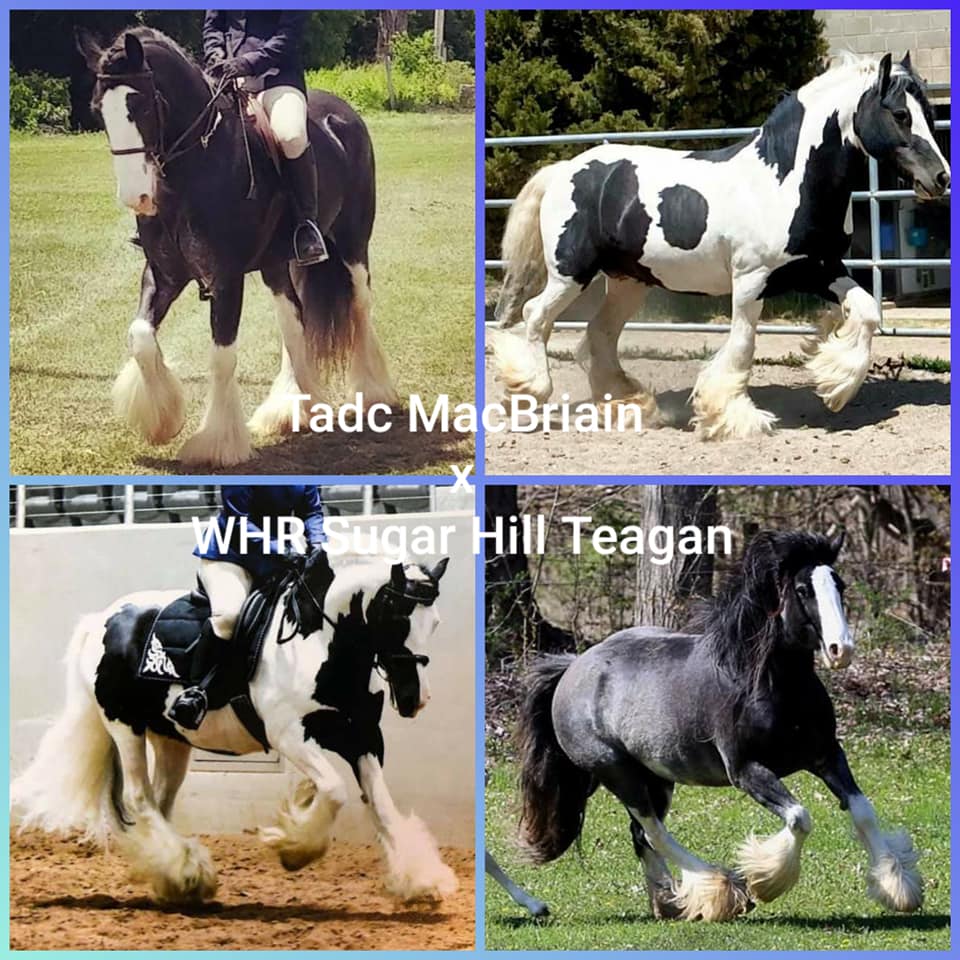 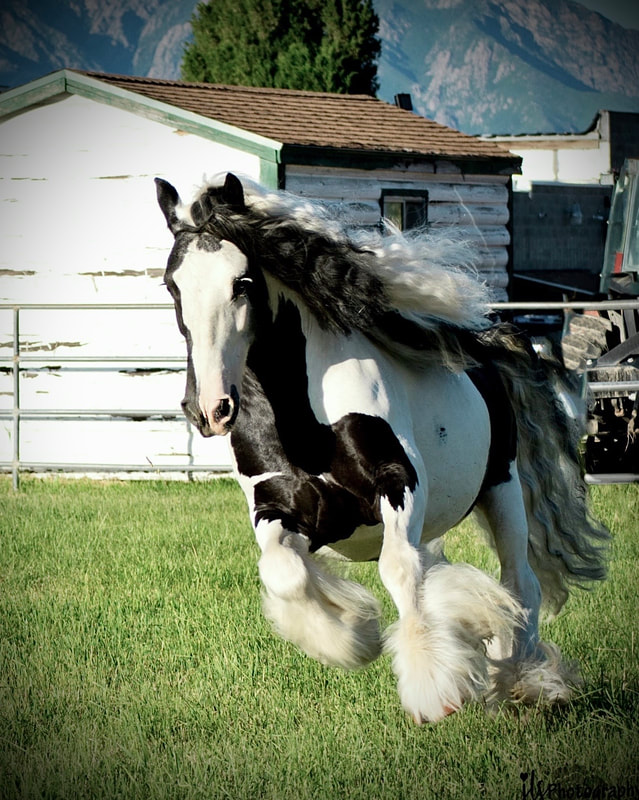 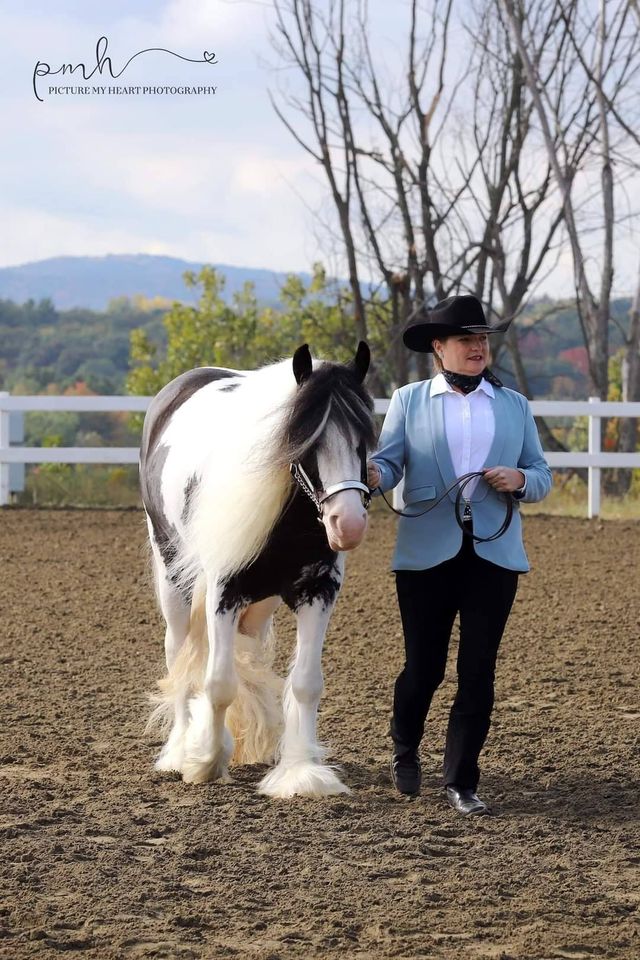 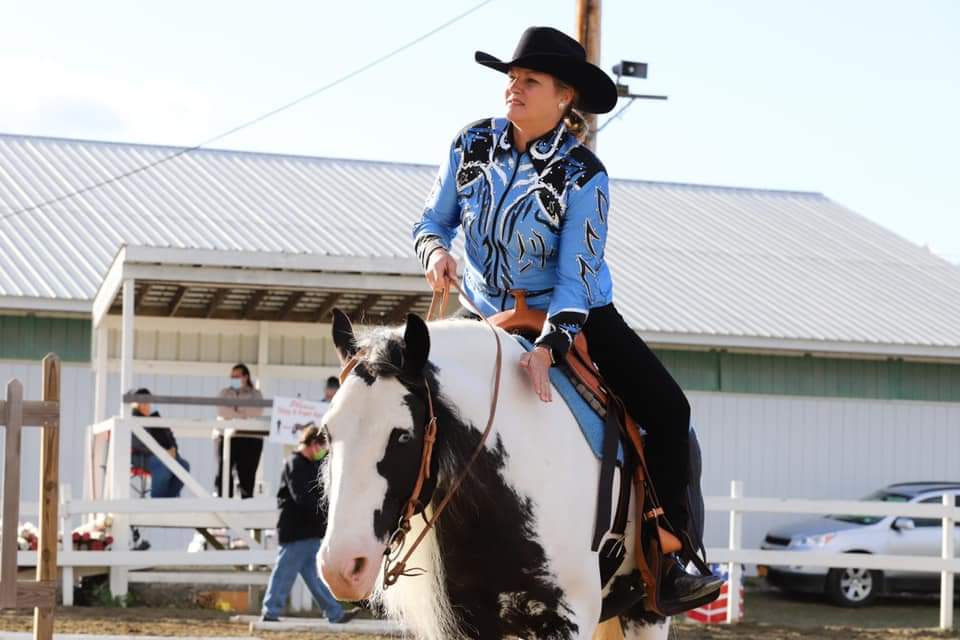 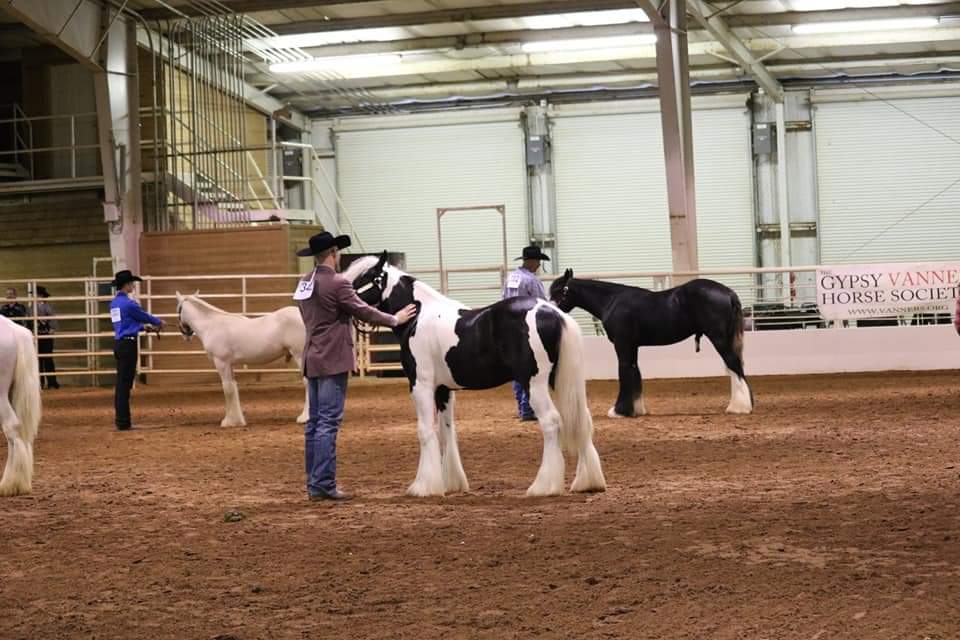