In February of 2020 we added Mochi to our family. Mochi is a black parti AKC Standard Poodle. She was born on December 6th, 2019.
We are excited to announce that in December of 2020 Mochi earned her AKC Canine Good Citizen's Award
and in July of 2021 Mochi passed the Therapy Dog International Therapy Dog Test!
​

​ Within every dog breed or developing dog breed, there is a level of health issues that may arise. We try to prevent this as much as possible. We start out with purebred dogs that meet their individual breed standards and that have cleared all of their health testing. A good breeder knows what potential health risks are associated with the breed(s) and does the proper testing to help avoid health issues from developing.
​
Do not assume that a Doodle is healthier than a purebred. Many people wrongly believe that a "mutt" or mixed breed dog is healthier than a purebred, which is not necessarily true. If you breed two animals, purebred or not, you can multiply the health risks (and subsequent vet bills) if they both carry undesirable traits/genes.  There are genetic disease and health factor that are shared by both breeds as you can see below.  Genetic testing and health screening helps us anticipate the genotype of potential offspring, maximizing the potential to produce healthy dogs with the most favorable traits.  Doing the appropriate genetic testing and health screening is a good indicator that breeders are responsibly factoring good health into their selection criteria. Many potential diseases where a DNA test can be done, such as Progressive Retinal Atrophy,  and Von Willebrands Disease, are conditions that are spread through recessive genes. Many genetic inherited disorders are recessive, meaning that a dog can be a carrier of a potentially devastating disease and not show any signs. A DNA test will let a us know what dogs may be carriers (posses the gene but not be affected), affected (have the gene and the disease), or clear (neither have the gene or the disease). In those diseases where the inheritance is polygenic (controlled by two or more than two genes- usually by many different genes), such as orthopedic issues like dysplasia and patellar luxation, x-rays, examinations, and health clearances are the only way to help limit the spread of the disease. It’s not fool proof, but it is the best method currently available. This knowledge helps us to make responsible breeding decisions.  Our goal as the breeder of your future puppy is to produce the healthiest litters because of our diligent testing protocol and superior genetics. It is not possible to prevent all health problems because there are many variables at play, but the proper testing helps a breeder reduce the odds of a health problem.
Mochi's OFA Results:
Mochi's INHERITED DISEASES DNA results:​
CLEAR n/n Dm Degenerative Myelopathy
CLEAR  n/n NEwS - Neonatal Encephalopathy with Seizures
CLEAR n/n vWD1 - von Willebrand's Disease Type I
CLEAR n/n ​prcd - prcd - Progressive Retinal Atrophy
Mochi's preliminary OFA testing is all within normal limits.
Mochi's COLOR DNA results from Animal Genetics:
E/e Black, carries Red/Yellow and could pass either allele to any offspring
n/n No Black Mask
n/AY 1 copy of the gene responsible for fawn/sable coat
n/At 1 copy of the gene responsible for tan points/tricolor
B/B does not carry the brown allele
D/D negative for the dilution gene
KB/KB will always have self colored offspring
S/S Has two copies of the variant associated with parti-color
C/C curl
F/F Furnishings

GENETIC TESTING
Genetic testing is an extremely accurate and reliable way of determining a dog’s genotype and screening for possible genetic disorders.
The Mutation of the SOD1 gene associated with degenerative myelopathy has been identified in all varieties of Poodles, Golden Retrievers, and Bernese Mountain Dogs.  Progressive Retinal Atrophy (PRA) is a category of genetic mutations that cause vision loss and blindness. PRA affects many different dog breeds including Poodles and Goldendoodles. Ichthyosis (ICH) is an autosomal recessive genetic mutation that affects the skin of Golden Retrievers. The mutation prevents the outer layer of the epidermis from forming properly, resulting in skin that becomes darkened and thick, with excessive flaking. GRMD is a mutation of the dystrophin gene that causes a deficiency of dystrophin proteins in Golden Retrievers. The lack of dystrophin proteins leads to the progressive degeneration of skeletal and cardiac muscles. The disease is similar to the human disease, muscular dystrophy. Neuronal Ceroid Lipofuscinosis is a progressive degenerative disease of the central nervous system. In Golden Retrievers, NCL is caused by a two base pair deletion in the CLN5 gene. This causes a frameshift in the genetic coding, leading to a premature termination codon. Neonatal Encephalopathy with Seizures (NEwS) is an autosomal recessive disease of standard poodle puppies. Affected puppies are small and weak at birth. Cerebella from affected puppies have been found to be reduced in size. Many die in their first week of life. Von Willebrand disease (vWD) is an inherited bleeding disorder that inhibits the normal blood clotting process, causing prolonged bleeding after an injury. People with this condition often experience excessive bruising, prolonged nosebleeds, and excessive bleeding following any form of trauma, including surgery, or dental work. Von Willebrand is found in several breeds including Bernese Mountain Dogs and Poodles.
ADDITIONAL HEALTH SCREENING
Here are some health issues that can be limited through testing:
Standard Poodles 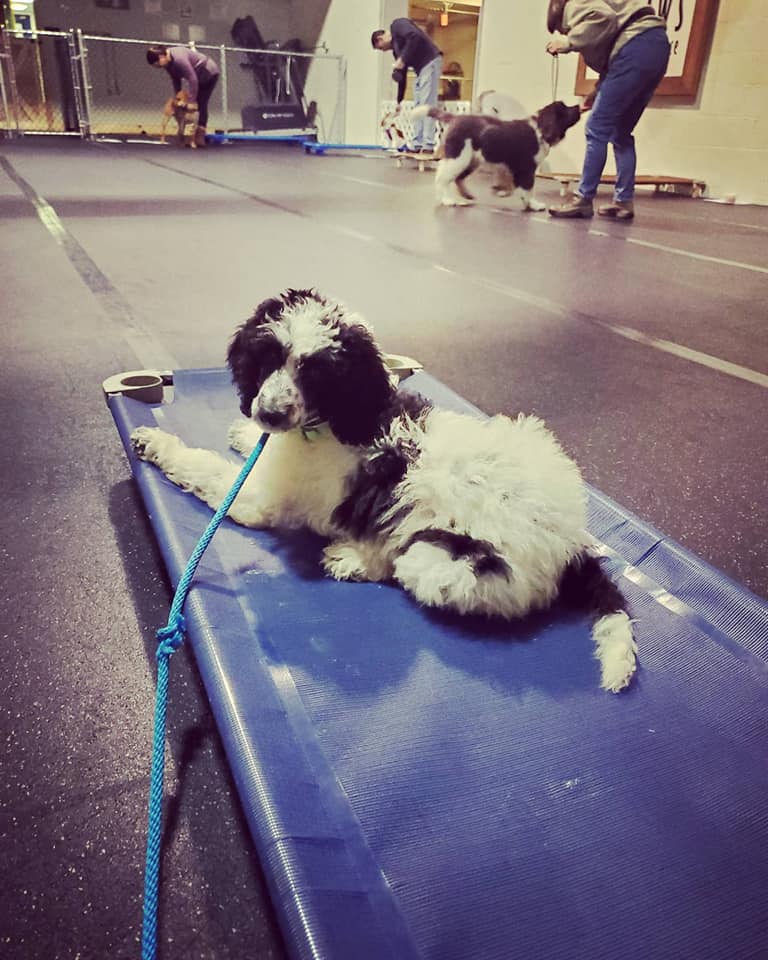 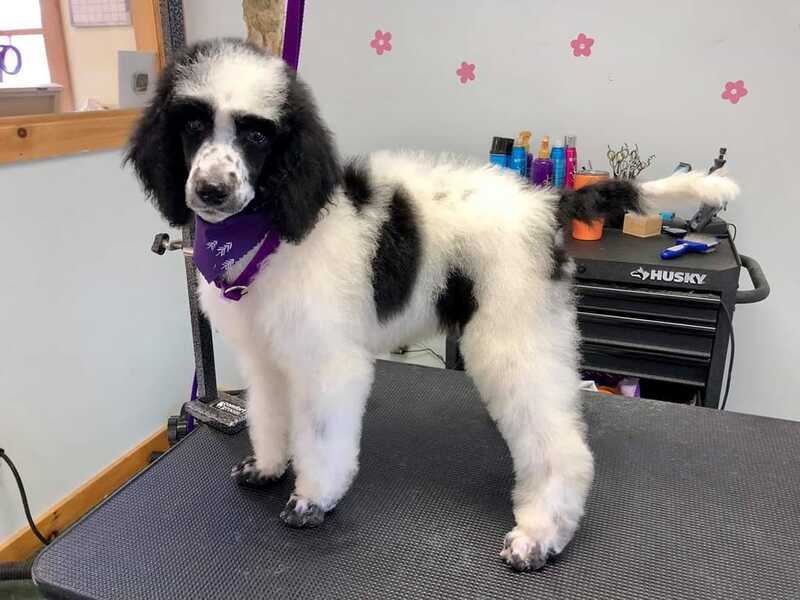 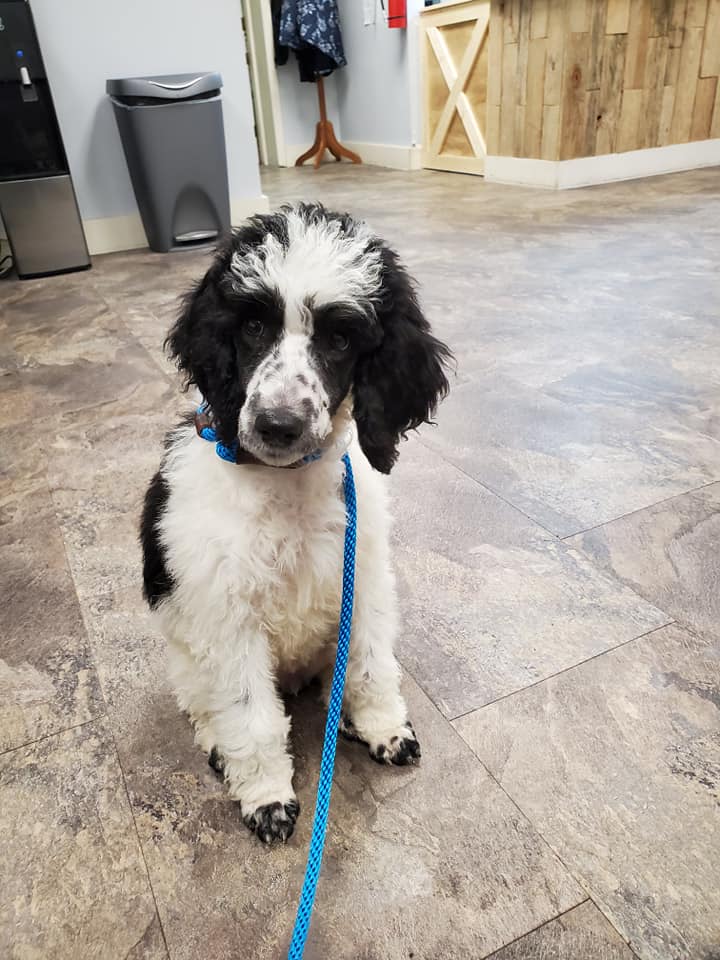 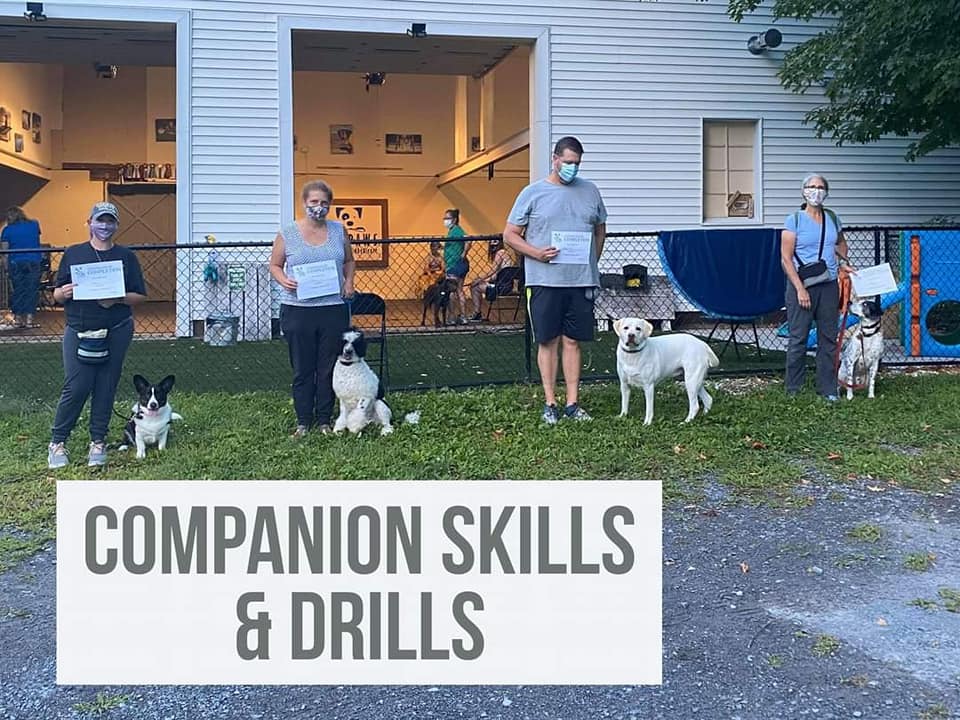 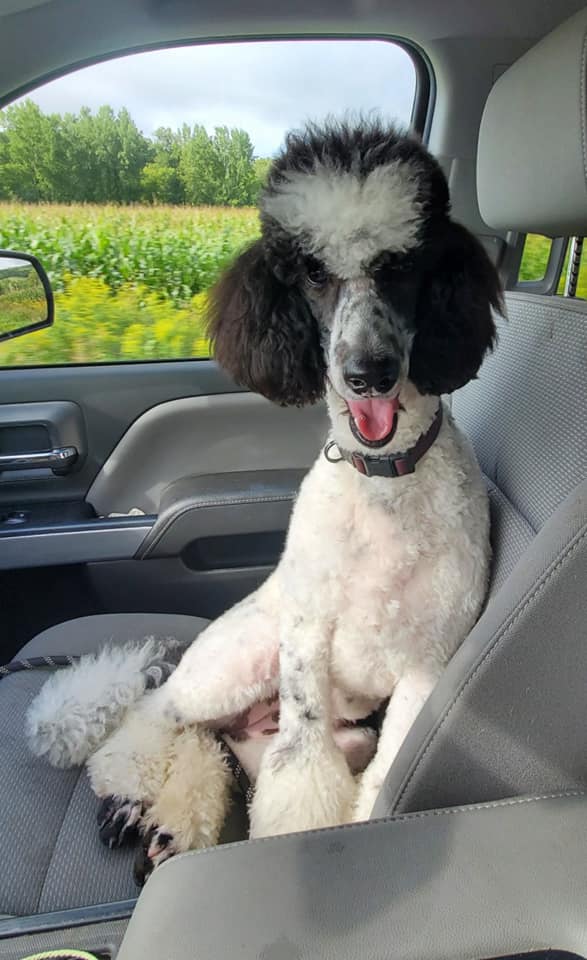 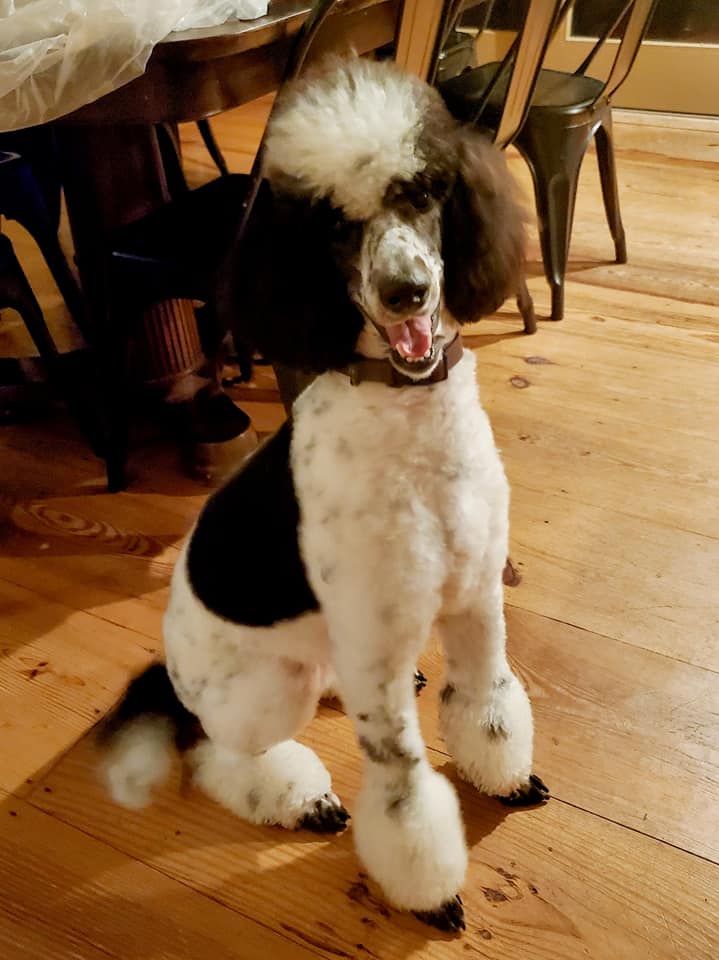 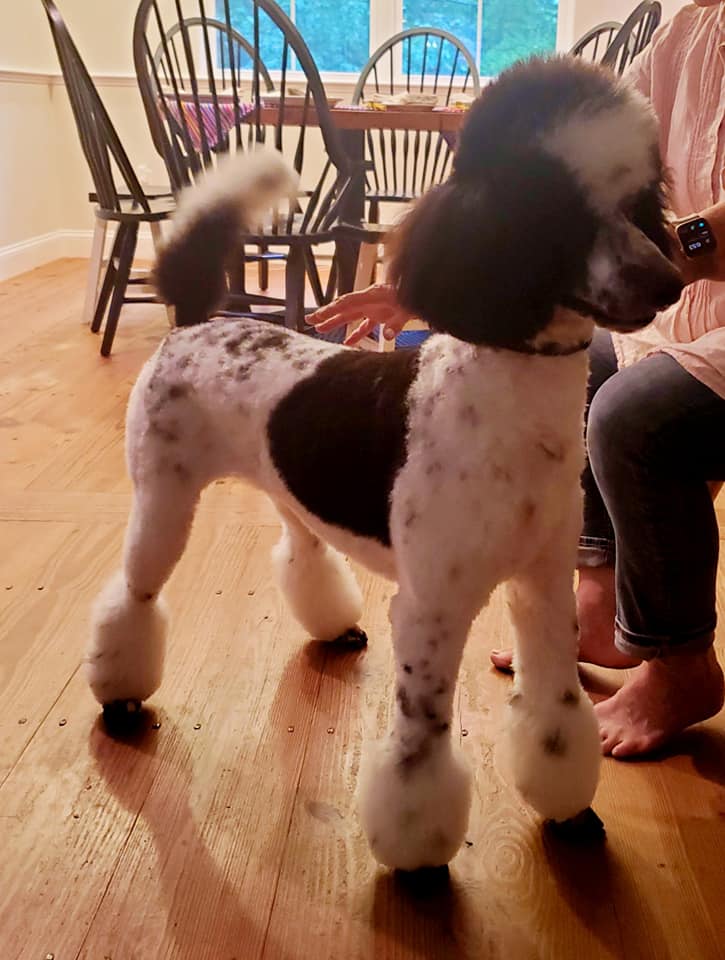 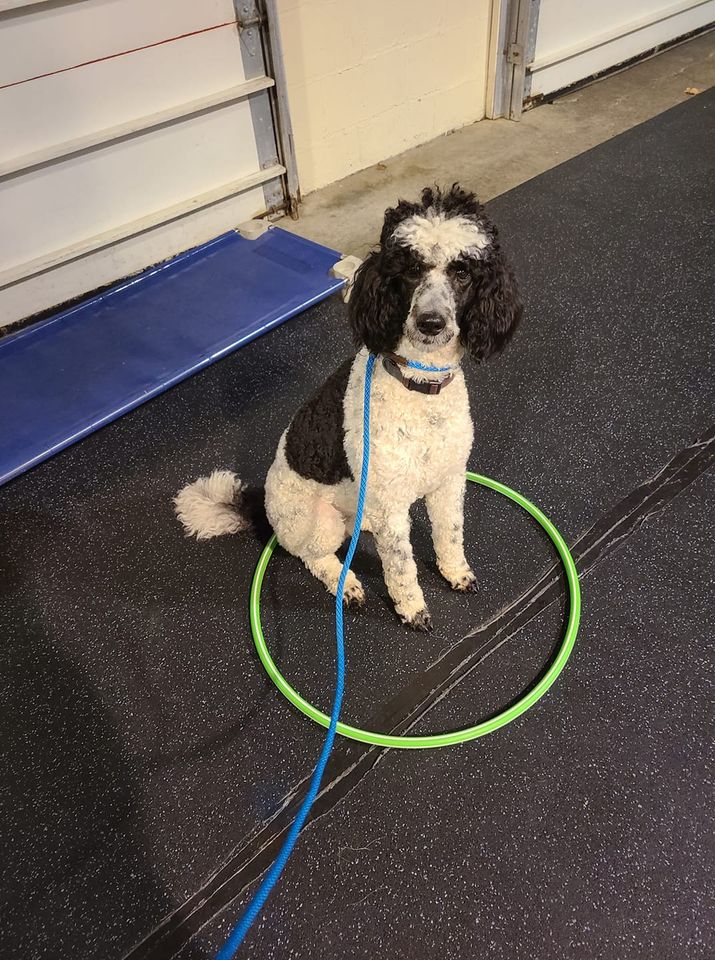 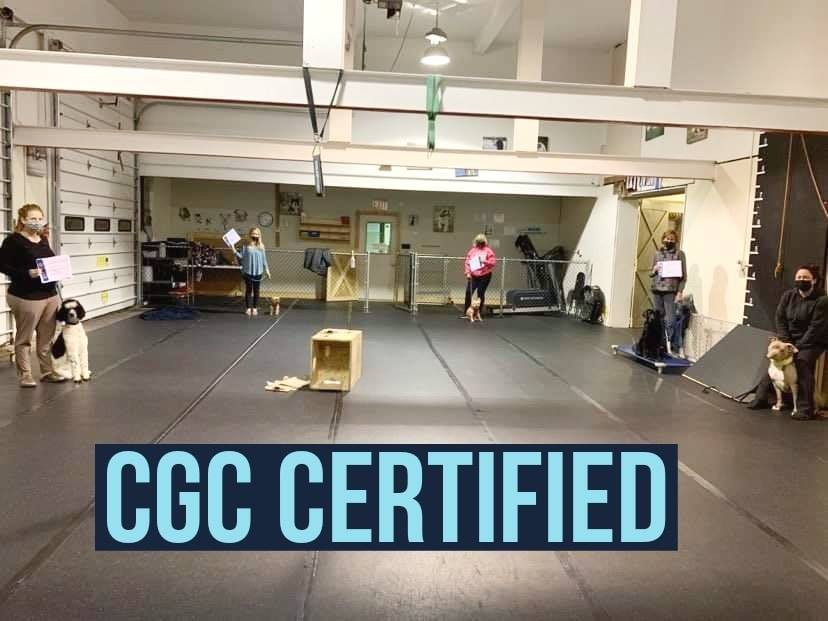